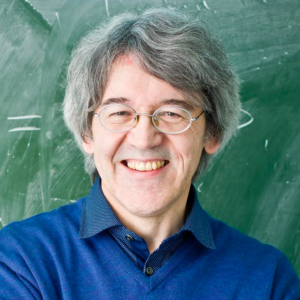 From Bell’s inequalities to Quantum Engineering

In this lecture we will start from basic quantum mechanics and introduce progressively qubits, entanglement, and Bell’s inequalities; some details will be given about « Aspect’s experiments » realized in the 1980’s at Institut d’Optique, as well as on the recent « loophole free Bell tests » realized in 2015. We will also point out the links between entanglement, quantum measurement, and quantum gates, and illustrate these ideas with some simple examples. 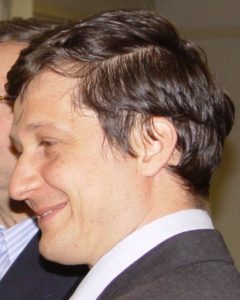 In the last years the specific properties of quantum states (as entanglement), for long time considered as  peculiarities discussed by the restricted community of physicists interested in the foundations of quantum mechanics, became a fundamental resource for the development of new technologies (as quantum communication, computation and imaging), collectively dubbed “quantum technologies”.

In this talk, after a generic introduction, I will introduce in details  the new possibilities in imaging and sensing offered by quantum measurements. In particular I will discuss two fields that we have contributed to explore at INRIM: quantum imaging  & sensing based on photon correlated states (as ghost and sub shot noise imaging, quantum illumination,…) and new paradigms of quantum measurement as  weak and protective  measurements. 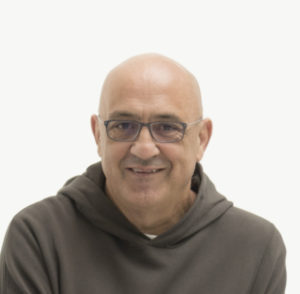 In this lecture, I will introduce the Majorana representation, which maps a pure state of a spin S into a constellation of 2S points on the Bloch sphere. For quasiclassical coherent states, this constellation reduces to a single point.  The converse case of states that are uniformly distributed  over the sphere gives rise to different notions of extremal quantum states. I will explore the properties of these states and show that they are optimal for some metrological tasks. 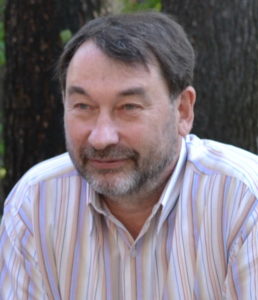 Experiments in the past decades have convincingly demonstrated that artificially fabricated macroscopic solid state superconducting systems can be in a superposition of macroscopically distinct quantum states. On one hand, this has important implications for the quantum measurement theory. Indeed, the «textbook» concept of projective measurement, which is frequently described by making use in terms of the «microscopic object» and the «macroscopic measuring device», should be definitely modified. On the other hand, this is providing an implementation of new generation of quantum limited detectors and quantum information processing devices.

Basically, these realizations resulted from the quantum mechanical description of the Josephson junction, the key element of superconducting qubits. Due to the fact, that the phase across a junction and its charge are canonical conjugates, there are two alternative realizations of superconducting qubits termed as the charge and phase qubits. In practical applications, quantum state initialization and manipulations are heavily restricted by the quantum coherence of the qubit itself and of the qubit‐based systems.

In the lecture both – basic ideas and practical realization of superconducting qubits will be discussed. In particular, this lecture covers a description of basic types of superconducting qubits and gives a general description of their use that includes dissipation and decoherence, coupling schemes, experimental realization, and basic measurement techniques. Finally, their use as building blocks for the realization of quantum computation is discussed. 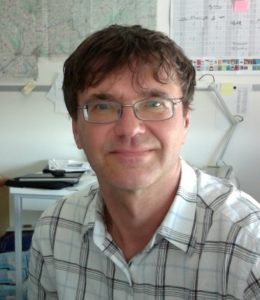 There are many problems  where   optics and quantum theory overlap, one of them being the fundamental limit upon the resolution. The spatial resolution of any imaging device is restricted by diffraction, which causes a sharp point on the object to blur into a finite-sized spot in the image.  This intrinsic blurring is encoded in the point-spread function, which hinders to distinguish two  neighbourhood  points- an effect known as «Rayleigh curse».  The same problem  can be reconsidered from the perspective of quantum  estimation theory, as  done by   Tsang and coworkers, see [1].  Here the constraints  on resolution are more fundamental and correspond  to the so called Fisher information and  Cram’er-Rao lower bound (CRLB)  for parameter estimation.

When only light intensity at the image plane is measured on the basis of all the traditional techniques such as CCD detection, the Fisher information falls to zero as the separation between two  sources decreases  in accordance with Rayleigh curse. On the other hand, when the Fisher

information  is calculated for optimal measurement  saturating the quantum Cramer-Rao Lower bound (qCRLB), it remains constant implying  that the Rayleigh limit is subsidiary to the problem  and super-resolution is  in principle achievable  see [1, 2]. The optimal measurements, on the contrary to the direct imaging, depends crucially on the number of parameters, which have to be estimated.

Multi-parameter quantum Cramer-Rao bound for simultaneously estimating the centroid, the separation, and the relative intensities of two incoherent optical point sources using a linear imaging system were  addressed in [3].   For equally bright sources, CRLB is independent of their separation as before. However,  for the general case of unequally bright sources, the amount of information one can gain about the separation falls to zero, but we show that there is always a quadratic improvement in an optimal detection in comparison with the intensity measurements. This advantage can be of utmost importance in realistic scenarios, such as observational astronomy. Attainability of the qCRLB  and feasibility of the multi-parameter estimation scheme  was addressed in  [4] . Estimation of 3 parameters requires at least 4 detected  channels  constructed from the projection into the superposition of the modes spanned by derivatives of the PSF.

Quantum-inspired imaging  techniques can be  nontrivially extended  in several ways, for example   to the time-frequency domain using mode-selective sum-frequency generation with shaped ultrafast pulses demonstrating the resolution  up to    ten-fold improvement in precision over the intensity detection [5],  for axial resolution reaching the  limit  of quantum Fisher information even for intensity detection  [6] or clarifying  the role of coherence in estimation problems [7].

Subjects to be discussed are: Schmidt theorem, its consequences and applications to biphoton states with either discrete or continuous variables; definitions of the Schmidt parameter K for evaluation of the degree of entanglement; separation of Schmidt modes of arbitrary biphoton polarization states (qutrits); Double-Gaussian modeling of wave functions with continuous variables; comparison with the parameter R defined as the ratio of widths of single-particle and conditional (coincidence) distributions; “migration” or “no migration” of transverse entanglement between near and far zones of biphotons produced in the collinear, frequency-degenerate SPDC. 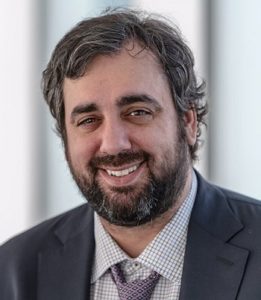 We will lecture on modern quantum algorithms, starting with the basics and going through current challenges and recent results related to QAOA, VQE and quantum circuits as machine learning models. Lecture notes and problem sets will be provided. 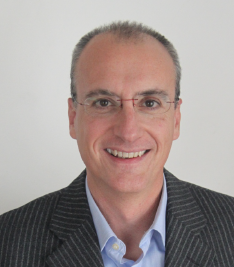 Photons confined in optical cavities or propagating in paraxial geometries acquire an effective mass and behave like matter particles. Moreover an effective photon-photon interaction can be engineered when the photons propagate in a nonlinear medium, resulting in a collective fluid-like behavior of light.

A few years ago, the superfluid behavior of light was observed in such systems, the so called quantum fluids of light [1].This lecture will show how these properties have been studied and how they can be used to simulate various systems, ranging from condensed matter to astrophysics. 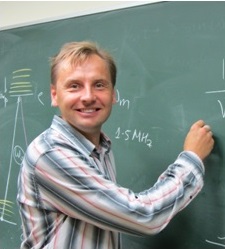 Perfect isolation from the environment, long coherent times and strong Coulomb coupling make trapped ions one of the best platforms for quantum logic and quantum computation.  Prompt development of ion trapping and cooling technologies, precise addressing of quantum states and single particle manipulation pave a way to complex architectures already demonstrating unprecedented fidelity of quantum operations for tens of ionic qubits. In this Lecture, I will try to give some basics of ion trapping and cooling together with presenting the most recent results in the field. 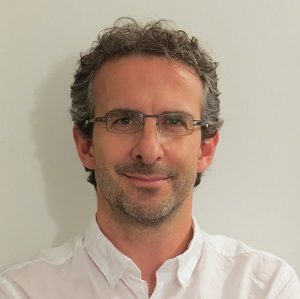 Manipulating the character and shape of ultrashort quantum light states

A full control of the state and mode of nonclassical light is among the major challenges in the path of future quantum technologies.

In recent years, quantum state engineering has quickly evolved, with new tools and techniques, such as photon addition and subtraction, which have demonstrated their extreme versatility for performing operations normally unavailable in the realm of Gaussian quantum optics. While photon subtraction can enhance nonclassicality and entanglement in a quantum light state, photon addition has the unique capability of creating nonclassicality and entanglement from scratch, whatever the input.

However, engineering quantum light states in a single, well-defined, mode is rarely enough. In real experiments, states are often prepared in modes that do not coincide with those used for their processing and detection, or for the optimal coupling to matter systems. Gaining access to the rich mode structure of quantum light would also greatly increase the capacity of communicating, manipulating, and storing quantum information. For all these tasks it is of fundamental importance to gain a full control over the modes that host the quantum states.

In this lecture, I will briefly present some recent experimental results towards the controlled generation, manipulation, and characterization of the quantum state and of the mode structure of ultrashort light wavepackets. 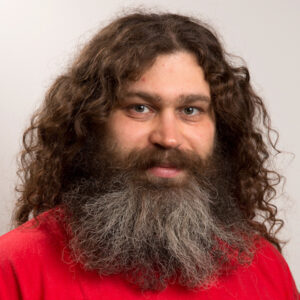 Improving security of a QKD system via an external audit

I report methodology for security evaluation of a QKD system that we have recently applied to several commercial devices. Results from one of them, a sub-carrier wave QKD system developed by ITMO University, will be shown [1]. Our audit and the follow-up work by the manufacturer have led to a marked improvement in implementation quality. We hope this methodology contributes to future standards for quantum cryptography. 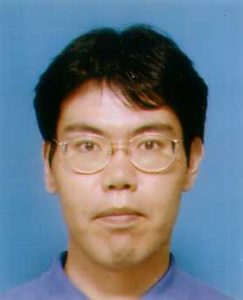 It harnesses the intrinsic nature of quantum mechanics such as quantum superposition, the uncertainty principle, and quantum entanglement to realize novel functions. Recently, quantum metrology and quantum sensing are emerging as appealing applications of quantum technology. In this talk, we will report our recent progresses on the development of novel quantum entangled-photon sources and application to quantum sensing [1, 2]. 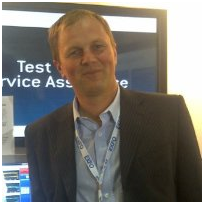 How to test photonic integrated circuits?

Today’s bandwidth boom (400G rollouts, the advent of 5G or the sprawl of data centers) is mainly driven by integrated photonics? This disruptive technology has been picking up pace over the past few years in telecom applications mainly, but also in medical, sensing or military sectors. Often compared to the groundbreaking electronic processor, photonic integrated circuits (PIC) are similarly imprinted onto wafers before being cut into individual chips.

The PIC can combine many functions: purely optical as well as opto-electronical, electro-optical or fully electronic, hence offering the best of optics and electronics. Testing such complex components can be challenging due to their multiple functionalities, the large number of devices being produced per wafer and the mix of active and passive component present on each device.

The fundamental characteristic of an optical component is its spectrum (i.e., the power variations from or through the device). Testing it is called parametric testing. This is often performed at an early stage in the life of the component to avoid producing defective devices. 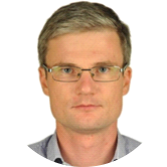 For many years, Keysight provides best in class test and measurement instruments for quantum technologies labs worldwide. Today we offer scalable, realtime operating end to end solutions for qubit control with fastest feedback loop in the industry. In this paper, we will focus on emulation of superconducting qubit behavior and how we built a realtime qubit simulator with our digitizer, arbitrary waveform generator and open FPGA. This qubit simulator is used for teaching, testing qubit control systems and troubleshooting qubit manipulation algorithms.

The aim of this review is to collect the most important proposals for QRNG and to describe one of the examples of it. 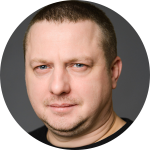 Activities, goals and objectives of the quantum cryptography testing laboratory 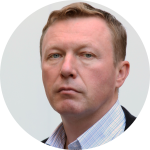 Research on the patent landscape of quantum technologies